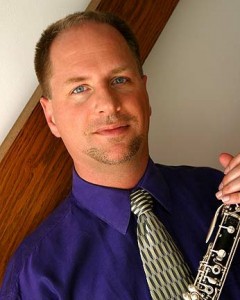 George Corbett traverses the eastern United States and beyond to meet the demands for his services as performer, instructor and clinician. His playing has been highlighted by the Virginia Gazette as “marked (with) expression and feeling, superbly displaying his rich tone, musicianship, virtuoso skills and sensitivity.”

As English hornist and oboist, Mr. Corbett débuted with the Virginia Symphony, under the baton of JoAnn Falletta, in the fall of 1999 and currently maintains this position. Previously in Pennsylvania, he has held positions as principal oboist with Concerto Soloists Chamber Orchestra of Philadelphia and Riverside Symphonia in addition to being English hornist with the Harrisburg Symphony. Mr. Corbett’s career has taken him abroad to Germany, Austria, Hungary, Poland, Japan and Dominican Republic. Included amongst the ensembles that he has recorded with are the Virginia Symphony, the Santo Domingo Music Festival and the Eastman Wind Ensemble.

In addition to being a symphonic musician, Mr. Corbett is also an active soloist, recitalist and chamber musician. In concert with keyboardist Tom Marshall, the Washington Post heralds their performance as “a model of elegant restraint and level-headed shaping.” Solo performances with Concerto Soloists include Mozart’s Symphonia Concertante for Winds, J. S. Bach’s Double Concerto for Oboe and Violin, Vivaldi’s Concerto for Two Oboes in d minor, and the world premiere of Arthur Cunningham’s Adagio for Oboe and Strings. With Riverside Symphonia he was a featured soloist for Franciax’s L’horlogue de flore and Marcello’s Oboe Concerto in c minor. The Virginia Symphony presented him to perform: Debussy’s Rhapsodie and Donizetti’s Concertino for English Horn as well as the recent world premier of Kenneth Fuch’s Eventide for English Horn, Strings and Percussion.

A graduate of Eastman School of Music and New England Conservatory, Mr. Corbett has been on faculties of notable schools such as Christopher Newport University (Virginia), Lehigh University (Pennsylvania), Moravian College and Music Institute (Pennsylvania), and has appeared during the summers at Kinhaven Music School (Vermont), Summertrios (New York), Music at Gretna (Pennsylvania) and the American Institute of Musical Studies (Austria). Amongst his instructors are James Ostryniec, Peggy Pearson, John Mack, Richard Kilmer, Al Genovese, Johathan Blumenfeld and Keith Underwood, to name a few.

Intensive studies in yoga and breathwork have led Mr. Corbett to teach workshops for professional and amateur performers alike in developing a higher level of body awareness, especially of the breathing mechanism, for performance enhancement and injury prevention across the country. During the summers he hosts OBOE HOLIDAY, a camp for young oboists in teaching all aspects of oboe performance, especially how to relate to others through music.